New Grass Growing picks up where River and Ranch leaves off. It continues the story of Cale and Dana and their daughters. Lane is right there along with Myra, who is hard to describe but well worth the effort. Family, friends, and maybe even some New West intrigue of all sorts.

Z is for Zanzibar

Zanzibar is a word that almost did not come to me. I was aimlessly meandering through the aisles of my brain trying to freely associate with anything meaningful that started with a "Z". I was having no luck. Then a tune from Jimmy Buffett somehow made its presence known in my head. "Zanzibar" is in the lyrics of the song and there you have it, the provenance of my final word in this 26 day challenge. Before I go any further, the image is taken from the stylehiclub.com website. This is a fascinating site. It looks like a young couple and their kid are documenting their travels on this site. It's really quite well done. Check it out for yourself, it's worth a few minutes.
It looks to me like this little island archipelago may have been one of those places where ancient middle east (aka Persia) met up with ancient Africa (aka Swahili coastal towns). In more modern times, Zanzibar was a possession of Portugal for almost two hundred years. As usual, Wikipedia does a bangup job collecting facts and describing the myriad aspects of Zanzibar, both past and present. It's exotic, in my mind fitting in somewhere in the fringes with Jimmy Buffett's song playing in the background. I'm sure reality is different.

This ends a 26 day A-Z challenge. One of the more interesting word challenges I've ever done.

Y is for Yellow Pine Bar

I remember Yellow Pine Bar as my favorite camp on the whole Main Salmon, although some of the other big white sand beach sites come very close. What I remember as upper Yellow Pine Bar does not show up in the guide book I have. But we sure aimed for that site alot. There was a hike up to a high point where you could look down on Big Mallard which was the every first thing you ran the next morning. It was always in the deep shade from the adjacent mountain shadow. The water was dark and almost steaming sometimes.

That camp was (and likely still is) fabulous, assuming it's still there after 25+/- years of floods and runoff and who know what else.

It turns out that the history of the Bar up above the campsite is extensive as well. A school, gardens, homesteads, and an airstrip all exist on the Bar up above the river. As usual, Conley and Carrey do a bang up job describing it in their book, River of No return. I cannot improve upon it and therefore will not repeat it. The work they did with river history in their books stands alone.

So next time you come around the corner after running Split Rock, pull in at upper Yellow Pine Bar, if it's still there. Enjoy the camp. It's wonderful, at least in my memory. Hike up to the overlook for a look at Big Mallard and enjoy the view.

When you see them in the dark of the night dancing under the full moon, honor those ghosts of the people that came before you. While it was and is beautiful, I'm sure it was hard living on Yellow Pine Bar.

X is for Xenolith

Xenolith is a big fancy word for something fairly simple. Basically a xenolith is a piece of wall rock that falls into the soup of molten rock moving past it. Think of lava moving up through its mountain. The xenolith has a high melting temperature, so it remains a solid and a separate mass (think ice in a glass of water) in the surrounding molten rock. As everything cools that foreign rock piece is "frozen" in place where it fell in the newly solid, formerly molten rock mass.

This is not specific to rare earth geology. It does however, satisfy the requirements for being an "X" word on this the 24th day of the A to Z blog challenge.

W is for wilderness

Wilderness. A big space full of wild lands. If it is large enough, some would say an "intact ecosystem". The Frank Church River of No Return Wilderness is just that place. I'm not sure where the boundaries are and there is also the matter of adjacent wild areas like the Gospel Hump Wilderness Area. It's big. Not a whole lot of level, lots of land on a slant. There's probably still a few valleys that have never seen a human. In the lower 48 there's no other place like it. It's the largest roadless area in the lower 48 states and we have an Idaho Senator named Frank Church to thank for it.

Wikipedia (see link above for complete entry) says, "..In 1964, Church was the floor sponsor of the national Wilderness Act. In 1968, he sponsored the Wild and Scenic Rivers Act and gained passage of a ten-year moratorium on federal plans to transfer water from the Pacific Northwest to California. Working with other members of Congress from northwestern states, Church helped establish the Hells Canyon National Recreation Area along the Oregon-Idaho border, which protected the gorge from dam building. He was also the primary proponent in the establishment of the Sawtooth Wilderness and National Recreation Area in central Idaho in 1972.
Church also was instrumental in the creation of Idaho's River of No Return Wilderness in 1980, his final year in the Senate. This wilderness comprised the old Idaho Primitive Area, the Salmon River Breaks Primitive Area, plus additional lands. At 2.36 million acres (9,550 km²), over 3,600 square miles (9,300 km2), it is the largest wilderness area in the nation outside of Alaska. It was renamed the Frank Church-River of No Return Wilderness in 1984, shortly after the diagnosis of his pancreatic cancer. Idaho Senator Jim McClure introduced the measure in the Senate in late February,[21] and President Reagan signed the act on March 14,[22] less than four weeks before Frank Church's death on April 7.

From small roots as an Idaho kid, he grew to do great things. The wilderness, named after him, is a testament to doing the right thing at the right time. As a guide in Idaho during the summers of 1989 and 1990, I benefited from his efforts. Those of you that like roadless wild places are still benefiting. Thank you for wilderness Frank Church.

V is for Vinegar

Mile 299.9. One of the biggest drops on the river. Vinegar. The name is applied to the drop at this point on the Main Salmon, as well as the creek that enters the river close by. I was always so focused on the drop, I never even looked for the creek, but it's there. Somewhere.

This is near the end of the line for a Main Salmon river trip, but if you like size, then the river has saved the best for last, as many think this drop is the biggest on the whole trip. Or at least that is what I thought when I was guiding on the Main. Seeing the horizon line and the occasional spray being thrown up where I could see it, always helped me focus. Alot.

It's the end of the trip. The guests know it and are already starting to put their game faces back on. Flights, connections, the mountain of email waiting for them. Although I have to interject here that email did not exist when I was guiding on the Main. Funny how things add up and become a staple of life in just a few short years. Say 25 or so of them. For me, assuming Vinegar passed without incident. Vinegar meant that it would soon be time to aim fo the landing at Wind River and look forward somehow to the sweat of packing up after the end of a trip and heading back to the top end to do it all over again.

I do miss those days. I hope those guides that have taken my place know how lucky they are to sweat under the sun at the Wind River takeout.

U is for the Umatilla Thrilla

Shoni Schimmel, currently playing professional basketball in the WNBA, was known as the "Umatilla Thrilla" in her early days in eastern Oregon. She went on to do great things with a round ball at Louisville.

New Grass Growing follows River and Ranch. NGG wanders through a new life in Salmon for Cale and new found daughter, Sabé (sorry if that's a spoiler), as well as Lane and Dana and Cassidy and several more characters. Several of those new characters are Lemhi Shoshone or northern Shoshone. Agaidika. Fish eaters. Some say it is Salmon eaters.

Anyway, NGG imagines life after retirement from Special Operations for Cale and Lane. They become teachers at Salmon High School, as well as the new high school girls basketball coaches. This addition to the fictional world of Cale and Lane remains in the top three as far as my own personal fascination, learning curve, and surprise. It turns out that Indian girls do not get much attention in the world of fiction, nor does rezball, or life on the reservation for that matter. In fact Barack Obama's visit to the Standing Rock Sioux Indian Reservation in North Dakota was a historical event mainly for its rarity. Pres. Obama was just the fourth US President to visit a reservation.

Shoni Schimmel is the inspiration for Rhett, one of the new characters in NGG and one of the natives on the SHS girls basketball team. Shoni Schimmel is just plain inspiration for Rhett. Peroid. My research found Ms. Schimmel first. She played at Louisville, as did her younger sister, and took Louisville to the NCAA women's Final Four. Curiosity led me further into the small world of Indian women that have gone on to play big time buckets off the reservation. I found two others. Ryneldi Becenti and Tahnee Robinson. Becenti is now retired, while Robinson is currently playing overseas.

Turns out there are more Native Americans that made or are making a name for themselves in hoops.

April 2015 finds me still working on this second book, New Grass Growing. Rezball is a fascinating discovery, one that I am working in to several spots in this book. Women's basketball is a great thing. My own daughters have played it, so there is lots of smiles and frustrations in my track record attributable to girls hoops. But I never expected to find such an interesting topic in my wanderings around fictional Idaho. Fiction that is based on compelling reality. 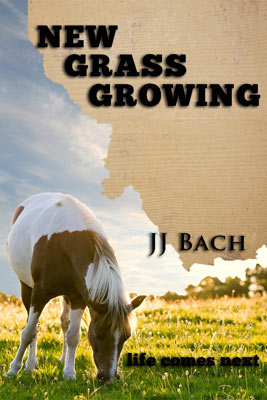 Book 2 in the series